Information about our Company

My story starts at a very young age with an attraction I developed for all that is beautiful and stunning. I decided to study cosmetics and spent many years working with leading cosmetics brands:  Dior,  Hermès, Lancôme, Shiseido, and more.
With the passing years, the hunger I had for creativity and challenges became apparent and I developed a desire to create my own unique universe.
A sitting room where everyone could stop off for a break and enjoy our range of fragrances crafted in France, an exclusive and original collection of perfumes prepared with rare and enticing essences.
And much more...... we attach great importance to the price and quality of our products because we should all be entitled to consume products which are good, beautiful and attractive
The concept behind our store is that we should all be able to enjoy a small part of the dream.

GRASSE, the Perfume Capital of the World
Listed as a UNESCO World Heritage Site 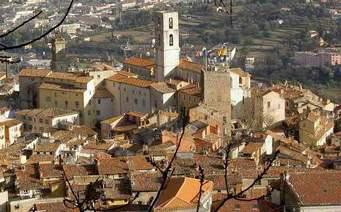 In the 16th century. At the time Grasse was famous for its expertise in leather tanning and its glove-making industry. The only problem was that the methods used to treat the skins created very strong and unpleasant smells, and understandably so: at the time, craftsmen used urine and excrement to tan leather. However, one day a craftsman dipped his gloves in a fragrant oil and developed a new idea. Throughout the century, the profession of perfumer became established in the region and many craftsmen started to specialise in distillation and perfumery. At the end of the 16th century, the demand for perfumes skyrocketed and a factory devoted to this activity was built. This event was well-received in Versailles which, at the time, was engaged in a battle against bad smells. The master glove-makers gave up tanning and devoted themselves entirely to the perfume trade and the production of aromatic plants and soon became master perfumers. New plantations were created in response to the growing demand. Whereas in the 16th century, the fields around Grasse were planted with lavender, orange blossom, tuberose and pistachio, in the 17th century the fields were filled with mimosa, violet, rose and jasmine.

2016 marked yet another turning point for this iconic city. In May, Maison Dior inaugurated the Château de La Colle Noir. At the same time, it launched a fragrance in tribute to the famous Rose de Mai. Last September, LVMH in turn inaugurated Les Fontaines Parfumées, a huge 1,000 m2 farmhouse dating from the 17th century. Francois Demachy and Jacques Cavallier, perfumers for Louis Vuitton and Dior respectively, established themselves there last year.

Considered to be the perfume capital of the world, Grasse supplies more than half of the French production of raw materials for the perfumery, flavourings and cosmetics sector.